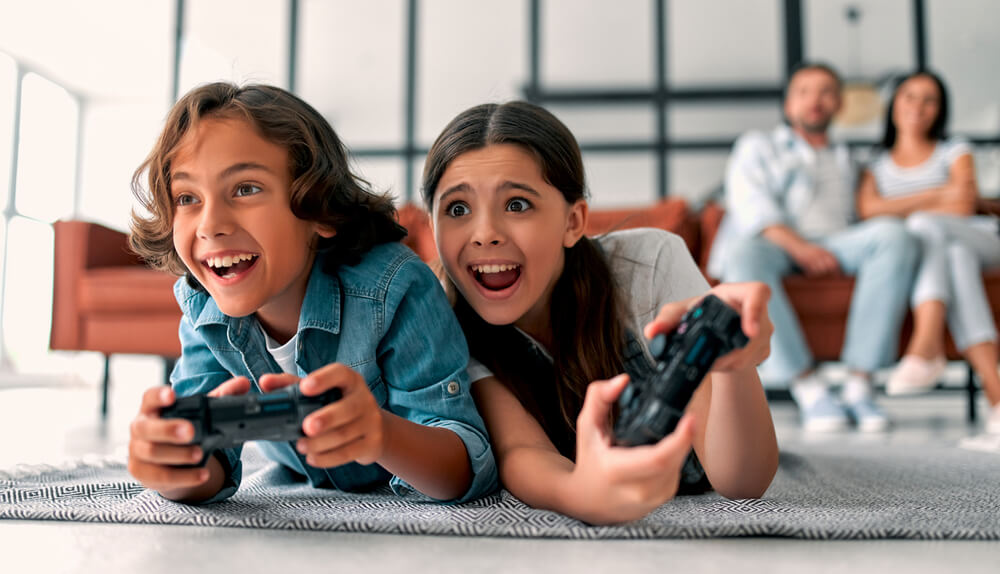 I had just criticized my fifteen-year-old son for staying on his video game longer than we had agreed. I could hear him laughing, talking, and interacting with a number of his friends from school as they played the game. They used the time to interact with each other. I simultaneously felt frustrated and confused as to how to best work with my son and his interest. His interests were different from mine. His time with friends was different from what I experienced. I feared that gaming would harm his ability to succeed.

And then I had an interview with John Schlimm, the author of What Would Gen-Z Do? What You Don’t Know About Gen-Z but Should. He said, “While you are not a gamer yourself, you should know that Gen-Z gamers may soon run the world.” Wow!

That’s scary. But why? The gaming world anticipates exceeding $300 billion in annual revenue globally. That’s the entire gross domestic product of Denmark or Ireland. Will our kids succeed when their lives are spent virtually, on a game?

I decided to do some research of my own. I was astounded to see how many articles were written identifying positive effects of gaming. I’ve decided that there must be something about gaming and this Gen-Z group that I need to better understand if I’m going to live in the world that they eventually will lead. So while I believe our kids need to learn to work and study and socialize in real life and be outside, there is probably room for some gaming as well. Here are eight possible positive effects of gaming:

There is evidence that video games improve video-spatial skills and concentration. This is your ability to recognize and remember objects and their relationships to each other. This probably comes in handy when you put your sixteen-year-old behind the wheel to teach them how to drive. This skill also helps with areas such as math, the natural sciences, engineering, and architecture. Perhaps Frank Lloyd Wright or Christopher Wren would have been great gamers!

I found a study done by the University of Toronto, October 17, 2014, that wrote, “people who play action video games such as Call of Duty or Assassin’s Creed seem to learn a new sensorimotor skill more quickly than non-gamers do.” While I’m not a proponent of games that suggest any type of violence is acceptable, I do find it interesting that playing video games can improve a person’s hand-to-eye coordination.

This is a hard one for me as I find it difficult to focus on more than one thing at a time, even though I have a list of activities in front of me. However, www.gamequitters.com wrote that because video game players are forced to perform several tasks simultaneously, this repeated task may improve a person’s ability to multitask.

We all want our children to make good decisions. I’ve found that this requires wisdom. And as we all know, knowledge is knowing that a tomato is a fruit but wisdom is understanding that we don’t put a tomato in our fruit salad. So how does gaming improve decision making? A study out of the University of Rochester from September 13, 2010, contended that, “video game players develop a heightened sensitivity to what is going on around them, and this benefit doesn’t just make them better at playing video games, but improves a wide variety of general skills that can help with everyday activities like multitasking, driving, reading small print, keeping track of friends in a crowd, and navigating around town.” So next time your child gets lost in the parking lot looking for their car, maybe they should spend some additional time gaming.

There is a principle of moderation—excessive gaming can lead to antisocial behavior. However, as I noticed with my son and his friends, their gaming together allowed for teamwork, combined strategy, discussion, and bonding. And this sociality extends beyond the game itself, because gamers include gaming in their everyday discussion outside of the actual gaming world.

Seriously? In a study done by Timothy J. Wright of Dunlap and Associates, Inc. and Daniel P. Blakely of Florida State University, they suggest gamers, indeed, show improved visual awareness. They write, “action game training can improve a variety of visual and attentional abilities, including positive effects of game play on the fundamental building blocks of vision. In a very real sense, these findings suggest that action gamers see the world in a way that is different from non-gamers. Other findings suggest that action gamers extract information in the visual periphery more efficiently and are better able to cope with peripheral visual distraction.” Perhaps the future of vision is gaming.

This one stunned me. A 2007 study by James C. Rosser Jr. published in the National Library of Medicine suggested that surgeons who gamed had 37 percent fewer errors and completed their tasks 27 percent faster than non-gamers. He wrote, “Video game skill correlates with laparoscopic surgical skills. Training curricula that include video games may help thin the technical interface between surgeons and screen-mediated applications, such as laparoscopic surgery. Video games may be a practical teaching tool to help train surgeons.” So next time you go in for surgery, you might interview the surgeon and ask about their video-game habits. You’ll want someone who is an excellent gamer.

In an article by Signe Hannibal Jensen published by Calico Journal in 2017, he contend that gaming as an English-learning resource helped young children in Denmark learn the language. So perhaps there’s a future beyond Babel and DuoLingo where we learn languages by playing video games in the language we want to learn. I guess I can imagine virtually racing the Tour De France, chatting up the competitors and spectators in French.

Christopher Robbins is the founder and president of Familius and the cofounder of Hummingbird Digital Media. He is married to his Familius partner and acquisitions editor, Michele Robbins, and they reside in Sanger, California, with their nine children.