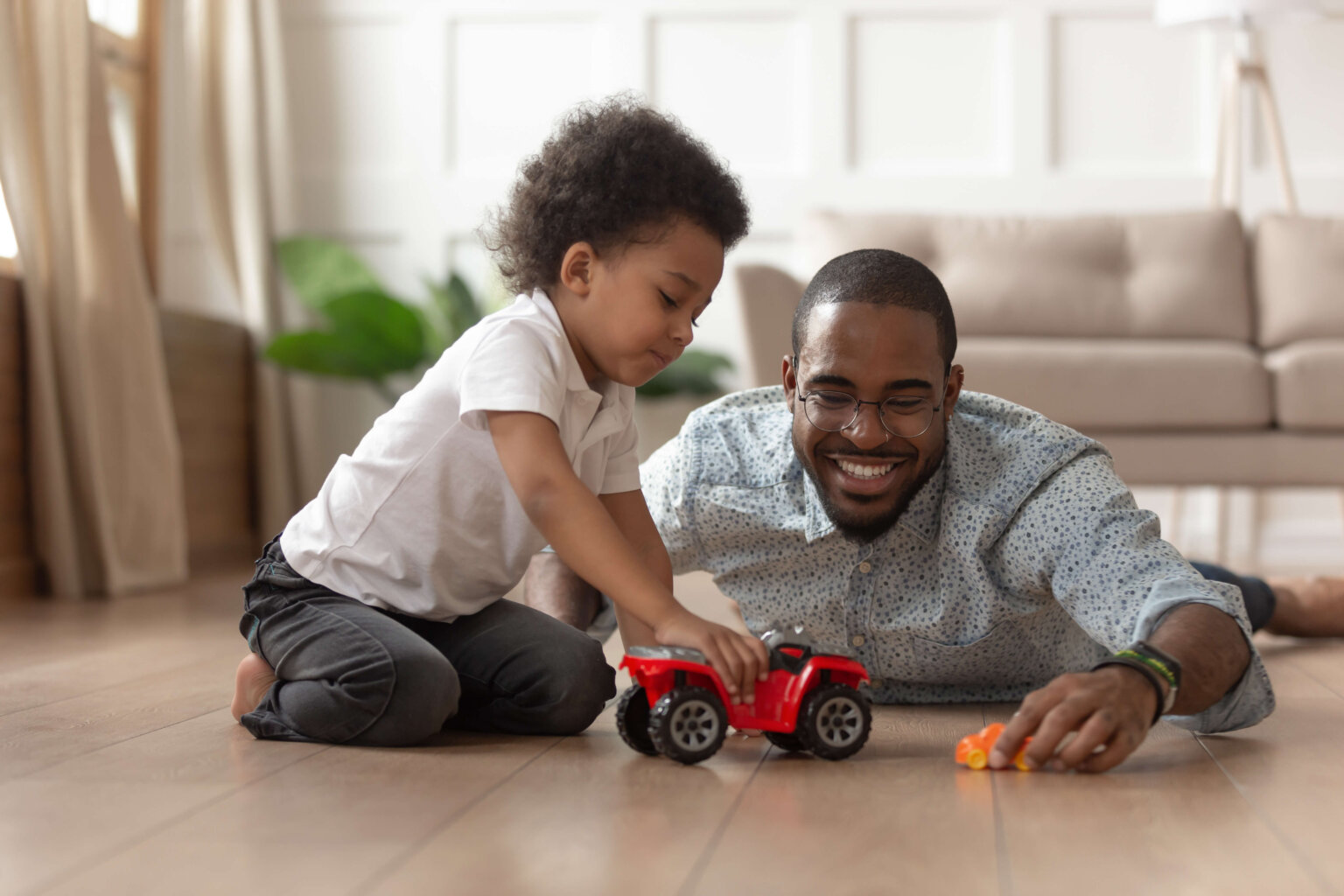 Twelve Ways a Father Can Become a “Dad”

We’ve heard it before, “Anyone can be a father, but it takes someone special to be a dad.” But what makes a father successful enough to be a “Dad”? Yes, most children call their father “dad,” but let’s make a distinction here. Let’s capitalize “Dad” when he is more than just a father. After all, “father” is a biological definition, but a father earns the title of “Dad” by his interactions with his children!

My father never took responsibility for his family, moving in and out of our lives at his whim. His lack of care, both emotionally and financially, had an understandably damaging impact on his children. Our education suffered because we switched schools two to three times a year, unable to stay in any one location because of evictions. No supervision also had an effect on us, and every one of my siblings dropped out of high school at the earliest opportunity. My two sisters became unwed teen mothers who struggled mightily. Subsequently, all but one of their four daughters also became unwed teen mothers.

My siblings and I missed the basics of good family life. It started when our mother became pregnant with me at sixteen years old. She quit school in the tenth grade and married a man nine years her senior. My father was an alcoholic and could not remain in one place for more than a couple of weeks, usually working as a merchant marine but rarely sending money home. Mom tried her best to raise us, but she could only find work as a waitress. She worked long hours and was unable to spend quality time with us. Having experienced this chaotic life as a child, I vowed to do better.

I tried, as a father myself, to be available for my children in all matters. I made mistakes, as all fathers do. However, many of my parenting errors were avoidable had I had positive examples of fathering to call upon. Noticing the differences in my childhood family and adult family, I documented what I had experienced as a dad supplemented by reading about parenting. This work resulted in The Power of Dadhood—How to Become the Father Your Child Needs.
The following is a brief excerpt:
“It is in the home . . .

If we were to find these characteristics in all homes, what kind of world would we have?”

Characteristics of a “Father” versus a “Dad”

All people are unique in their strengths and weaknesses. Too often, it is the father whose influence is absent, even if he lives in the home. Subsequently, I thought about Dadhood, which I claim is fatherhood with nurturing and demonstrated love. What specifically can a father do to earn the title of “Dad”? While many of these acts are subtle, and many characteristics apply also to Moms, they are powerful thoughts for Dads!

The Benefits of Being a “Dad”

A child that has a father with these characteristics will be connected to him. Connection brings trust and respect, enabling open communication and an environment that allows a child to succeed to the highest level of their abilities.

Dads don’t have to be perfect. They don’t have to be handsome, athletic, muscular, or popular. Dads don’t even need to be married to their child’s mother. What they do need, however, is to be available, caring, involved, and nurturing. This does not mean Dads have to give up all they enjoy, that wouldn’t work for anyone. Balance is the key.

How To Grow from Fatherhood to Dadhood

Becoming a father is the easy part. Being a Dad will take some work, but it will be your most rewarding work. Be there for your kids in mind and spirit. Don’t think your presence alone will suffice. Know their fears and help your children to conquer them. Work with other family members to support each other and build an atmosphere of trust. Make building the character of your children a conscious part of your parenting. Present an example for them to follow because they will pay more attention to what you do than what you say. Do these things and not only will you earn the title of Dad, but you will also place your children in the best situation possible for their success!

Michael Byron Smith graduated with a BS in Electrical Engineering from Washington University in St. Louis in 1972 and is now a retired military officer and civilian engineer. He has been married 39 years and has three children and three grandchildren. He lives in Ballwin, Missouri, and loves being a father and grandfather.