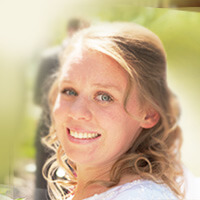 New Tricks for Old Dogs: Learning from Others

The late comedian Henny Youngman had a joke in his act: “I said, Doctor, it hurts when I do this.’ The doctor said, Then don’t do that.'” It’s a funny gag, and it’s also very simple, logical advice.

One gentleman was a rookie factory worker who foolishly put his fingers too close to some whirling piece of machinery. There was a gruesome mechanical soundBbbrrrrppppfffand the poor victim yelled in pain. Another worker rushed over and asked, “What happened?”

The rookie worker said, “I put my finger in there, and . . .” Again there was that sound of machinery gone horribly awryBbbrrrrppppfffand the worker screamed again and then said, “How about that? It did it again.”

There is no shortage of mistakes in the world. Mistakes are out there in abundance, and you’re welcome to learn from them. It’s like getting a free education. No one charges you to see their mistakes. In fact, if you make a mistake, everyone will know about it almost immediately.

If you go to a black tie event and you wear an impeccable tuxedo, no one notices that. It’s not a mistake. But show up with one black sock and one red one, and everyone in the ballroom will know about it. And they will learn from that. They’ll make a mental note: Don’t show up to a black tie affair wearing two different-colored socks. And if you do, make sure one of them isn’t red.

But isn’t it better to see someone else make that error and learn from it?

Another way to learn from other people’s mistakes is to hang around with a bunch of folks who tend to do things incorrectly. You’ll have an abundance of blunders you can learn to avoid. It can be quite educational. Granted, you’ll be spending a good deal of time with a bunch of losers, but it’s for a good cause.

I go out of my way to help those I love learn from other people’s mistakes. Many times, those mistakes they benefit from are mine. This incident with my granddaughter comes to mind:

“Pop-Pop, why do things break?”

That question from my three-year-old granddaughter was the only cloud in an otherwise pleasant, sunny, perfect summer day. It was a morning that was ideal for teeing up the Titleist on the first hole at South Valley Country Club, exchanging insults with my partners, debating whether this putt is a “gimme” or should be holed out, and recounting good and bad shots over lunch in the men’s lounge. That’s what I thought it was ideal for. My wife decided it was a suitable day for fixing several of the recalcitrant sprinkler heads in our back lawn. So we compromised, as we’d done throughout our long marriage: I fixed the sprinkler heads in our back lawn.

I’m not good at handyman projects. I once bought a hammer and had to take it back to the store because it didn’t come with instructions. I have a toolbox that my wife keeps locked away with the keys hidden in a secure place. I just am not gifted with tools. Yet my wife decided that I should attempt to fix the sprinklers. She felt it was a relatively simple project that a childor even Icould do.

But whenever I begin a do-it-yourself project, I never do-it-myself. I always have someone help me. If nothing else, it’s someone to blame.

This day, I had my granddaughter helping me. Again, I knew with tools in my hand, I would make some flagrant mistakes. This was an opportunity for her to learn from other people’s mistakesin this case, her Pop-Pop.

I answered her question about why things break by telling her, “Things break when they get old.”

She said, “Are you going to break?”

I said, “I came very close to breaking this morning when Mom-Mom wanted me to skip golf and fix the sprinklers.” That’s the nice thing about answering questions for a three-year-oldeven if they don’t understand the reply, they accept it anyway. But they always have another question.

“Why are you fixing them now?” she wanted to know.

I said, “For two reasons.” I struggled to loosen the damaged sprinkler head, which didn’t want to be loosened. “First, because this thing is broken now. Second, because your Mom-Mom said I should fix it . . . now.”

“My mommy says I should always do what she says. Do you always have to do what Mom-Mom says?”

I said, “Yes, dear. Pop-Pops learn very early to do whatever Mom-Moms say.”

I evaded that question while banging on the sprinkler head that refused to be unseated. “Well, Honey, I’d answer that question for you, but by the time I finished, you’d be a Mom-Mom yourself and you would already know the answer.”

Perceptively, she asked, “Is Mom-Mom your boss?”

Although I was struggling with this reluctant sprinkler head, I said, “No, Honey. Mom-Mom decides the little thingswhat we’re having for dinner, when the sprinklers need fixing, and things like that. Pop-Pop makes all the big decisions.”

“Well, we’ve only been married forty-six years, so we haven’t had one yet.”

She looked puzzled at that reply, but it didn’t stop her from asking another question: “Pop-Pop, why did you throw that thing into the bushes?”

I said, “That thing is a wrench, and it’s supposed to get this thing off of that thing, but it’s not doing it, so Pop-Pop threw it into the bushes because Pop-Pop never wants to see it again.”

“Because Pop-Pop doesn’t need it anymore. Pop-Pop’s going to use this thing to fix this dad-burned sprinkler head.” I showed her my hammer, and I didn’t exactly use the word “dad-burned.” I used some other words.

“My mommy says I shouldn’t use words like that,” she told me.

I said, “Your mommy’s right, but your mommy’s out shopping with your Mom-Mom, and your Pop-Pop is here fixing the dad-burned sprinklers.” (This time, I did use the word “dad-burned.”)

She asked, “What does dad-burned’ mean?”

I said, “It means the same as those other words Pop-Pop used before, only not as well.”

She puzzled over that reply while I took a hearty swing at the uncooperative sprinkler head. That released the sprinkler head by breaking it off completely. Water shot high into the air, all over me and my granddaughter.

“Sure I can, Honey. Watch this.” And I took a swipe at another sprinkler head that wasn’t even brokenuntil now. We had another fountain of water to enjoy.

“This is fun, Pop-Pop!” she shouted as she ran back and forth under the fallout from the geysers.

I joined her, getting soaked. I said, “If you think this is fun, wait ’til you see what happens when Mom-Mom gets home.”

The little one ran to her mother and said, “Mommy, Pop-Pop and I had fun playing in the yard. And I learned why things break.”

Her mom asked, “Why do things break?”

She said, “They break when Pop-Pop tries to fix them.”

She was right. She had learned from my mistakes.

Mom-Mom learned from my mistakes, too. She learned to go inside and call the sprinkler repairman.

With age comes wisdom. We become wise enough to realize that we can’t do some of the things we did so well when we were young. The beloved comedian George Burns said it quite eloquently: “I ca…

If you like
Gene’s articles,
you’ll love
Gene’s
books!

I’m basically a comedy writer and much of my experience has been in television. I’ve won three Emmies and one Writers Guild Award for work on the “Carol Burnett Show” staff. I worked for Bob Hope for over 28 years and for Phyllis Diller even longer. … Read More