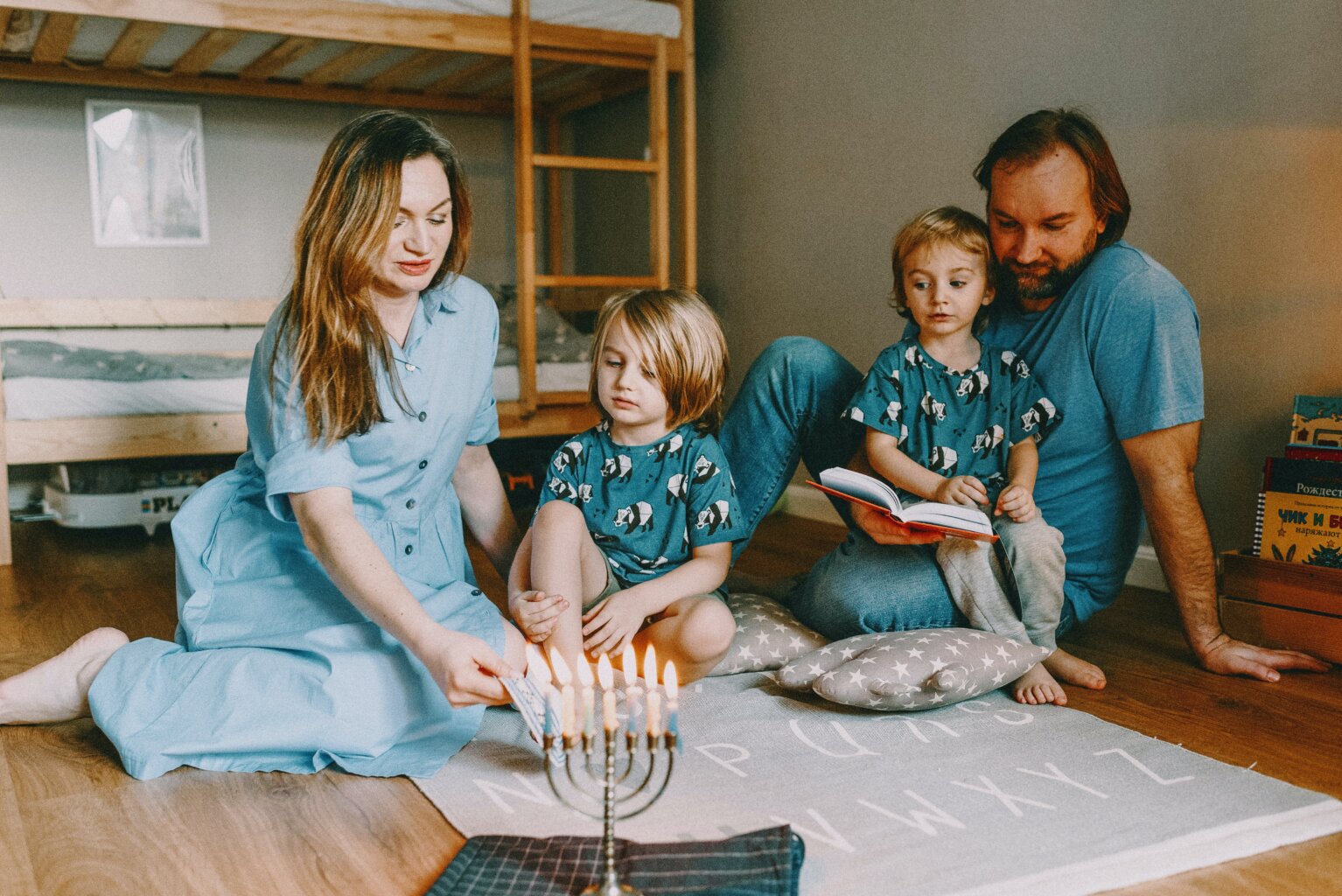 Hanukkah is NOT “the Jewish Christmas”

Hanukkah is the Jewish “Festival of Lights.” It occurs in late November or early December each year. Because Hanukkah often falls near Christmastime, you may be wondering if the two holidays are similar. Both holidays have evolved over time to include traditions of gift giving, but simply put, Hanukkah is not the Jewish version of Christmas.

Hanukkah celebrates an incredible miracle that occurred in the second century B.C.E. During this time, Jews living under Syrian-Greek rule in Jerusalem were forbidden to practice their religion. A small group of Jewish men, called the Maccabees, revolted. Despite overwhelming odds, the Maccabees overthrew the larger Syrian-Greek army and reclaimed their Holy Temple

But the victory was bittersweet. The temple had been desecrated and so the work of repairing and rededicating the temple began. Relighting the sacred lights of the Temple Menorah was of utmost importance. But the Jewish people soon discovered that nearly every jug of oil for the menorah had been destroyed. They used the single remaining bit of oil to light the menorah, knowing that it was only enough for the menorah’s lights to burn for one day.

And here’s where the miracle comes in. That single jug of oil lasted for not one but eight days—long enough for lights to shine until more oil arrived. This is why Hanukkah is celebrated for eight nights.

This miracle, and the perseverance of the Jewish community in the face of adversity, is what we celebrate. So now that we know why Hanukkah is not the Jewish Christmas, you may be wondering how it’s celebrated.

How is Hanukkah Celebrated?

Jewish families around the world celebrate Hanukkah by lighting a menorah. On the first night of Hanukkah, one candle and one helper candle, called the shamash, are lit. One more candle is added each night until the entire menorah is lit on the eighth night.

It wouldn’t be a celebration without food, and Hanukkah fare does not disappoint. It’s traditional to eat foods fried in oil in order to celebrate the miracle of the oil lasting for eight days. Jelly doughnuts and latkes, or fried potato pancakes, are the highlight of the holiday meal.

Many families also celebrate by exchanging gifts. Some children receive Hanukkah gelt, or chocolate coins wrapped in shiny paper, while others get money or small presents. Some families choose not to exchange gifts at all and celebrate by playing the dreidel game instead. Hanukkah has evolved to include the giving of gifts, but this doesn’t make it the Jewish version of Christmas.

How Can I Appreciate Hanukkah if I Don’t Celebrate?

For those who don’t celebrate, the best way to appreciate Hanukkah is to be mindful that many holidays are celebrated during the holiday season.

Here are a few simple ways to do this:

Looking for More about Hanukkah?

If you and your family are interested in learning more about Hanukkah please consider the follwing books and websites:

Adina is a former preschool teacher and a mom of 2 young kids. She has a passion for picture books and adores reading with her kids and students. She loves helping families find books that help them navigate the ups and downs of early childhood. She has a BA in Journalism from Ithaca College, and a Master’s Degree in Early Childhood Education from Manhattanville College with a certification in Special Education. Adina and her family currently live in Bethel, CT.