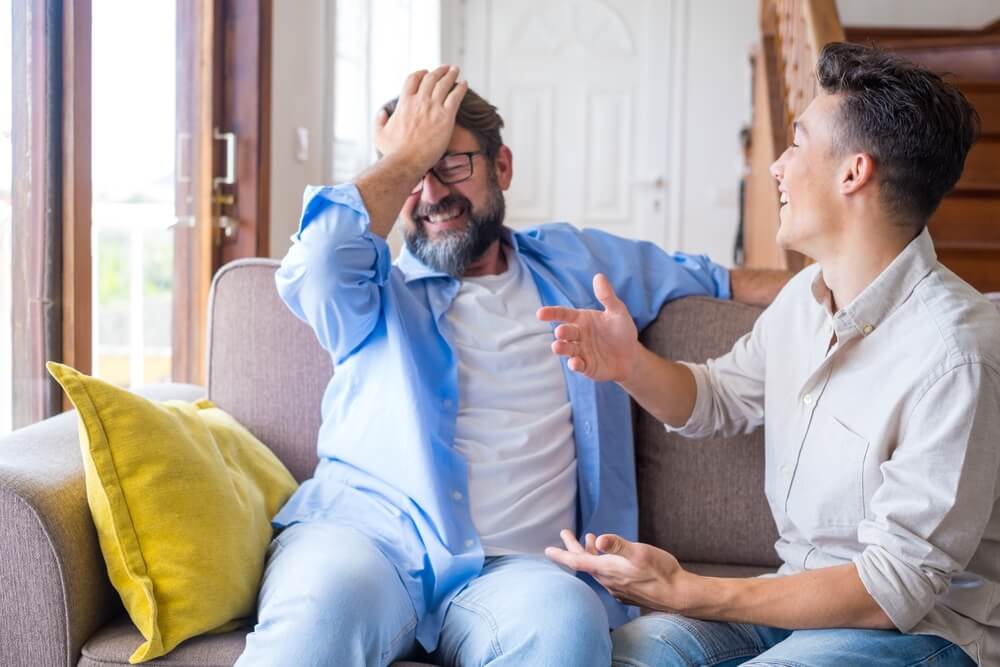 Keys to Communicating with Our Children

Meaningful conversations are something every parent desires to have with their children. As a mom of three boys ranging in age from fourteen to twenty, I’ve learned that those heart-to-hearts don’t just happen. Foundational relationship building is a necessary first step, and it’s not always convenient.

Show an Interest in Your Child’s Interests

Many conversations with our kiddos that seem insignificant are actually foundation builders and worth every moment they take from us.

For example, one autumn afternoon a few years ago, I plopped down on my deck chair for a few minutes to myself. It was just me, my book, and the warm sunlight peeking through the trees.

But he followed me.

My youngest sat down right next to me and began telling me all about the new Minecraft updates, the latest episode of the Star Wars cartoon series he was watching, and why he thinks it’s stupid that he can’t carry his backpack from class to class at school.

My first thought was, “Ugh. I was just hoping for a few moments of quiet.”

But then I reminded myself that this is exactly what I want; a boy who readily shares his thoughts with his mama. So I listened, and I engaged in the conversation. I even got a hug before he took off on his bike with some friends.

Over the past year, I saw the fruit of those inconvenient conversations with Lewis about topics in which I had little interest. When he started dealing with some bullying at school, he came to me. He talked through his thoughts and feelings. We hashed some things out together, and then he decided on his own that he needed to step away from some relationships and even block a couple of people from his phone.

Not only was I incredibly proud of the way he handled some tough stuff, but I was honored that he came to me for input. I know he sought out my undivided attention because we had a foundation of communication. He knew from experience that he had a mom who cared enough to listen.

Just as important as being willing to talk with our kids about their interests is being aware of when they are open to talk. Some kiddos, like my youngest, are naturally talkative. My oldest, however, is a man of few words.

I learned early on with him that a key in our relationship was for me to pay attention to when he was most open to talk and make sure I was available at those times. When he was young, that was bedtime. When the boys were little, I started a nightly routine of scratching their backs before they fell asleep. Something about the dark and the stillness gave Carter more freedom to speak than during other times of the day. Some nights were quiet, but other nights were a treasure trove of conversation.

The car is another place where communication occurred. Maybe it’s because you don’t have to look directly at each other when you talk in a car. Maybe it’s the soothing background noise provided by the radio. But whatever the reason, something about the car gave Carter confidence to open up a bit more than normal. Like at bedtime, the conversation didn’t happen on every car ride. In fact, more often than not, I taxied him around town in silence. But I made an effort to engage in conversation on the drives when he was in the mood to talk.

I clearly remember our car ride conversation on the day I had a lump in my breast biopsied.

“Did you have your appointment today?” Carter asked as we pulled out of the middle school parking lot.

I could have easily answered “yes” and ended the conversation. But I knew the deeper question that he couldn’t bring himself to ask was, “Do you have cancer?” More than anything, I wanted to ease his worry at that moment. I wanted to tell him everything was fine and I was in the clear. But at that point I didn’t have any answers, so I did my best to assure him that whatever came of the biopsy, our family would get through it together. I believe that important car ride conversation provided him with a necessary measure of comfort, even in the midst of uncertainty.

Don’t Push Conversation When They Don’t Want to Talk

Expecting our kids to share everything about their lives with us, and pushing them to talk when they don’t want to talk, doesn’t have the effect that we desire. It builds walls instead of opening doors.

And as much as I love my boys, I know there is some stuff they will not share with me no matter how many YouTube clips I watch with them or how much effort I put into creating space for family time.

This can be a hard reality to accept. But I regularly remind myself that though an open line of communication is important, it is healthy for my children to separate from me. My goal is not for my boys to be perpetual children, needing their mom’s input and approval for every decision. My goal is for them to become kind, responsible adults, able to make decisions and work through emotions on their own because of the groundwork that was laid throughout their childhood.

This is written from my “mom” perspective, of course. Maybe my boys would have something different to say, or maybe they would critique my parenting a bit. I don’t know exactly what their perspectives are on their years under my roof. But I am confident all three of them would say they appreciate knowing their parents are intentionally available and interested in their lives.

Kim Harms is a graduate of Iowa State University with a BA in English and an emphasis in journalism. A freelance writer and breast cancer survivor, she lives in Huxley, Iowa, with her husband and three sons and is widely published in magazines, newspapers, and devotionals. Kim’s new book Life Reconstructed is available now!