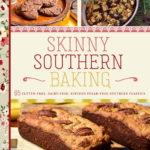 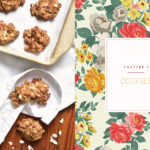 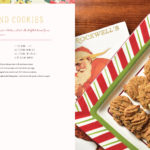 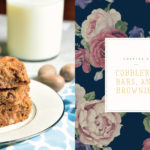 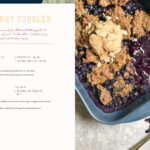 Lara Lyn Carter is considered Georgia’s go-to authority on Southern entertaining. She converted to healthy, clean cooking and shares her vast experience and array of healthy Southern recipes in this groundbreaking cookbook, an invaluable addition to any health-conscious kitchen.

Lara Lyn Carter won her first Emmy in the category of On Camera Talent for hosting Thyme for Sharing with Lara Lyn Carter. Lara Lyn is a two-time Taste Award winner and is considered Georgia’s “go-to authority” on Southern entertaining, adding her healthy, clean-cooking twist. Lara Lyn has been featured in numerous magazines, newspapers, television, and radio shows across the US and Canada.

Walk down any street in America and you will discover people of all ages will stop him to say hello!  Whether it’s daytime or nighttime television viewers, many recognize this multi-faceted talent for his wide-ranging contribution to television in a career that has been successful, both in front and behind the camera.

Marc Summers career has now come full circle. He is currently Executive Producer and co-host of Double Dare on Nickelodeon...a network he put on the map in 1986. Marc is touring to sell out crowds across the country as host of Double Dare Live. Another network Marc helped launch, Food Network, has seen him as Executive Producer of both Restaurant and Dinner Impossible, but is probably best known as the host of Unwrapped, one of the longest-running series on the channel. He was the original host of Food Network Star, which exploded when Guy Fieri won in season two.

With one of the most diverse and eclectic careers in the entertainment industry, Marc has hosted the first Disney Fourth of July Special from Orlando, the Rose Parade for Fox, Nova’s 20th Anniversary Special on PBS, and covered hard news for ABC ‘s Home Show. Marc has also guested on The Tonight Show, with Oprah three times and with Howard Stern.

Marc, along with Ian Shive, will be Executive Producing a new documentary nature series for The Discovery Channel beginning fourth quarter of 2019.

One of the few not to be pigeonholed into one arena, Marc and his wife Alice currently split their time between Santa Barbara and Los Angeles, after being big-coastal for the last 10 years. They have two grown-up humans, Matthew, an Executive Producer for many of the top programs on Food Network, and daughter Meredith, an editor and yoga instructor and perhaps the fittest person on the planet!